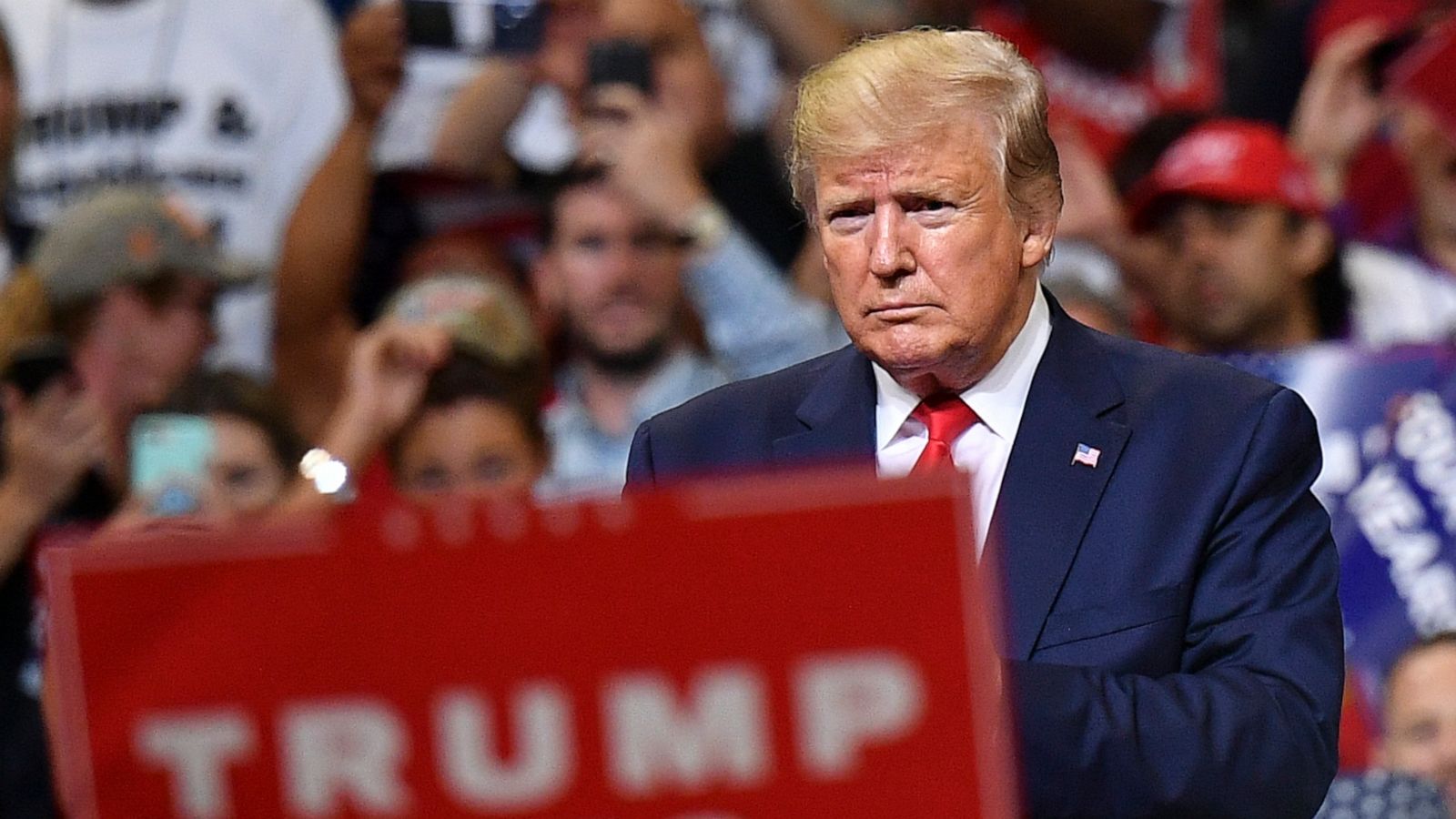 Republicans are urging President Trump to focus on policy — not personality fights — in the final two weeks before the election.

As the president and several key incumbents trail in the polls, GOP senators are urging him to dial down the personal attacks and focus on his agenda in a last-ditch attempt to appeal to swing voters by emphasizing the policy differences between a potential Trump second term and a Biden administration.

Their pleas come ahead of a final debate between Trump and Democratic presidential nominee Joe Biden this week and as the president has appeared eager to home in on Biden’s son Hunter Biden, a move some GOP senators and strategists warn could backfire.

Sen. Mike Braun (R-Ind.), asked if Trump had talked enough about policy and his agenda, said “I would hope that he would do that,” pointing to areas like the economy that he believes would be ripe for Trump.

Sen. John Thune (S.D.), the No. 2 Senate Republican, argued that while Trump lets himself be pulled into personality fights, talking about policy could help sway undecided voters.

“There is so much there, there is so much contrast. ... He’s given the base lots of red meat, so they are, I think, sufficiently motivated. I think that you have to prosecute the case against the Democrats to win those people over in the middle that are going to decide this election,” Thune said.

The advice comes as Biden has led Trump both in national polls and in several swing states critical to the race.

Biden leads Trump by an average of 10 percentage points in national polls, according to FiveThirtyEight. He’s also leading in the RealClearPolitics polling average of Michigan, Pennsylvania, Arizona and Florida — which were all won by Trump in 2016. 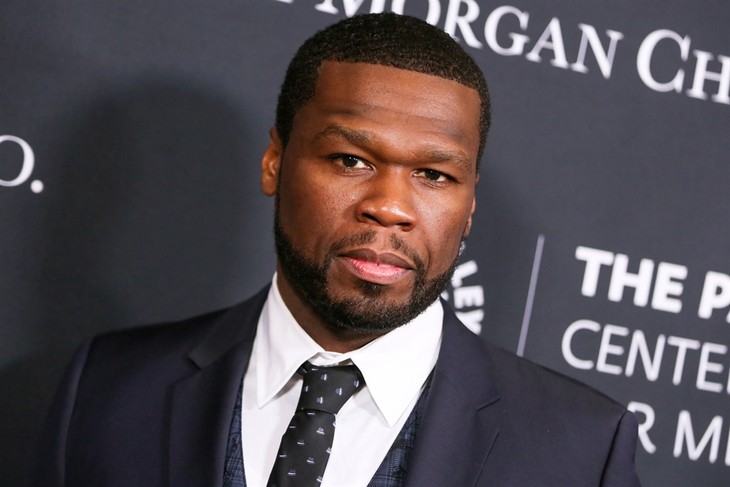 50 Cent’s endorsement comes a week after Pierson publicly announced that O’Shea Jackson, better known as Ice Cube, helped Trump develop his “Platinum Plan for Black America.” Ice Cube did not endorse Trump, but he did say he would work with whoever is in power to advance the interests of the black community.

Even before Ice Cube’s decision to work with Trump and 50 Cent’s endorsement of the president, some polls suggested that black voters are moving toward Trump.

According to a Harry Enten analysis of 10 polls, President Donald Trump is picking up steam among the black community, taking support that once went to third-party candidates in 2016. This shift might translate to about 0.5 per

President Trump’s supporters are so enthusiastic that “thousands upon thousands” of them greeted the commander in chief in the deep-blue state of California on Sunday, according to White House Press Secretary Kayleigh McEnany.

Supporters lined the streets for miles, McEnany said on Twitter, as the president drove toward the home of Palmer Luckey, the co-founder of Oculus, for a fundraising event in Newport.

“Thousands upon thousands lined for miles along our motorcade route in CALIFORNIA to cheer on President @realDonaldTrump!!!!!” she said.

Luckey, 28, sold his virtual reality company to Facebook for $2 billion in 2014, according to CNBC. He is one of the top Republican donors in the state.

While Newport Beach is a conservative-leaning area in the deep-blue state, the enthusiasm is nevertheless similar to what the president has enjoyed across the country, as first evidenced by his high primary vote totals.

[I]n 23 of the 27 states that held primaries both this year and in 2012, when President Obama ran for re-election, Trump has racked up higher raw vote totals than Obama did — often doubling or tripling his predecessor’s numbers. His primary vote totals also beat President George W. Bush’s in 2004.

The high Trump turnout showed up not only in reliably Republican states like Montana and Arkansas, but even in deep-blue strongholds and in purple states that Joe Biden hopes to flip come November.

Now, as we inch closer to Election Day, Trump may be behind in surveys but as Matt reported Sunday, there’s an edge he’s enjoying that pollsters are failing to pick up on: "the surge in GOP voter registration in key states."

The New York Post reported bombshell revelations last week concerning emails that expose how former Vice President Joe Biden helped his family enrich themselves by selling access to the White House. The emails -- obtained from a Hunter Biden laptop abandoned at a computer repair store -- must be politically devastating to the Biden campaign because the mainstream media is throwing out every excuse it can think of as a reason not to publish the news. The Post is now fighting back, calling out the liberal media for interfering in the election to protect Joe Biden.

"Much of the push to ignore The Post’s drop of Hunter Biden’s e-mails centers on the charge that it’s all 'unverified,'" writes The Post's Editorial Board. "The claim is more excuse than truth."

The editors note that neither Hunter Biden nor Joe Biden have claimed the hard drive isn't real. The editors also point out that other news outlets have tracked down the computer repairman and confirmed the sourcing as reported by The Post.

"It’s particularly rich that The New York Times has fixated on the 'unverified' excuse, since it’s spent much of the Trump era offering supposed dirt from anonymous sources — which, by definition, makes the info unverifiable," The editors write.

The New York Times and the rest of the liberal media routinely push stories from "anonymous sources" to malign the president. The Post references The Atlantic's anonymously-sourced story about Trump calling fallen World War One soldiers "suckers" and "losers." That story reverberated around the mainstream media. And how exactly do we know the president's leaked tax returns are authentic? The information contained in the Steele Dossier certainly wasn't verified, and that never stopped the mainstream media.

"Some of the stories proved completely false, as no less than former FBI chief Jim Comey (who also has zero motive to protect Trump) said at the time," the editors point out.

"Now, suddenly, with a trove of information — which, again, the Bidens aren’t even claiming is false — these same outlets want to ask endless questions about the chain of evidence. A chain of evidence that The Post has been up-front and open about."